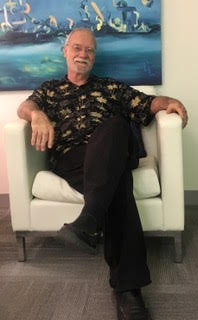 In previous videos I kinda nutshelled what Hypnosis, or the Alpha State is, the next few questions most people ask come out of the myths and propaganda that have existed since Freud to this day. I still see misrepresentations anytime the subject of hypnosis is used in a plot line on TV.

The you on that imaginary TV screen looks pretty much like a person in a hypnotic trance, right?

Now, imagine you’re on a freeway listening to the radio, and you start thinking about last night’s Cowboys Game and how the Ref’s call in the 4th Quarter was totally bogus, but if not for that, the Cowboys would have lost, and I just missed my exit!!!

Or you’re reading something on your smartphone, and your spouse, usually your wife, finishes a sentence with “…don’t they, honey?” and you suddenly realize that she has been talking to you for the last three minutes and you were suppose to be listening to her.

That’s the Alpha State you were experiencing while you were in the Waking State. Now, go back to the TV thing. Were you a mindless, ghoulish slave while you were hypnotized by the TV advertisements? Or, did it occur to you to get up and go get something to drink when they came on. Or, did you just spin the advertisements ahead manually to the next segment of your show when they came on?

Bottom line, anyone, in a Hypnosis session, can simply wake themselves up to Waking Consciousness anytime they want. Most people won’t, because that’s not why they are there. They made a conscious decision to be in agreement with the Hypnotist to follow his…suggestions, NOT commands.

Because, all Hypnosis is Self-Hypnosis….

Come in and see us, or give us a call. We can help. Drug-Free, Organically. Consultation is always free. Remember, you are the Seasoned Citizen, and your positive life experiences are your most important asset.