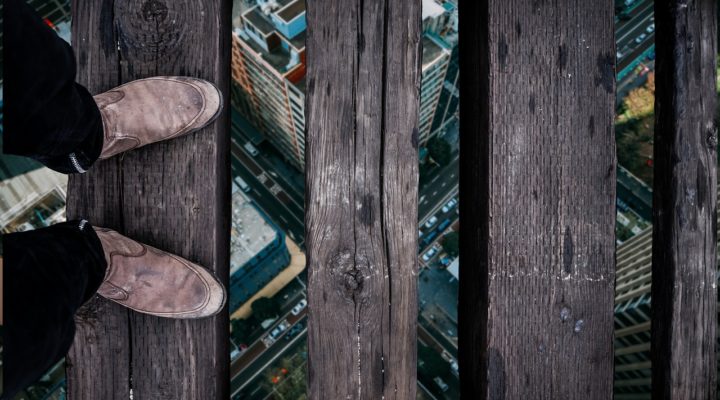 Valerie Grimes, Hypnotist at The Flow Center explains how a phobia is formed and how hypnosis can assist someone in overcoming that fear.

When I was in hypnosis training, our instructor used this example for phobias. It is the fear of a fear. For example, the fear of getting shot with a gun is more frightening than actually being shot.

This took a while for me to understand. Now after seeing this demonstrated in sessions with clients, I understand what she meant.

Most phobias are developed in early childhood when we do not have the emotional capacity to handle logically.

3) giving a book report in elementary school and being laughed at by the class,

All of these incidents if happened as an adult, could easily be processed logically and released. But as children, it is stored as a thing to never do again. So consequently, in adult life they are triggered by driving over bridges, or walking mountain trails or giving a speech to co-workers. What happens is the brain and body go into fight or flight . Then, the person feels exactly the same feelings physiologically even though there is no real danger. The subconscious has no concept of real time, so an event similar to a traumatic past event feels the same as the original event. Some call this PTSD. But I don’t like labeling things as it gives too much power to the experience.

Hypnotherapy is a technique to quickly get to the original event and have the client imagine a different outcome.

Using hypnosis, the subconscious is able to replace the old terrifying event with a new response . This happens easily because the choice feels better and they are tired of the fear.

If you are ready to release the past fears that keep you from living your life fully, make an appointment for a phone consultation here.

-The Modern World  The Largest Producer of Anxiety. Part One || Part Two

-Hypnosis Is The Secret Sales Weapon.

-Science Behind How Hypnosis Changes the Subconscious.

-How To Change the Alcohol Recovery Rate.

-Cause and Effect: The Correlation Between Negative Emotions and Overeating.

-Alcohol and Aging: Not a Great Happy Hour Mixer

-Effects of Addictive Substances and Beliefs on the Brain.

-Licking Honey Off A Razor Blade. A Journey From Alcohol Dependency.