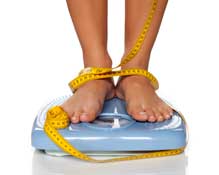 Battle of the Bloat
Release Emotional Weight with Hypnosis

It’s easy to trick one’s self into thinking it was the wine, the crackers, or the cookies and YES those foods can create a bloated belly.

However as someone that eats mainly veggies and fish/chicken I can look 3 months pregnant without physical cause.

I began my battle of the bloat at age 5, mom recounted with humor how I once remarked, “I have a headache in my belly.” And I remember my parents telling me “I had a nervous stomach.” Well, it is obvious to me now that it was my home environment, or school that created that. My belly has been bloated on and off since then. As a young adult I would curse it and go on very strict diets…as an older adult I swore off foods that I thought were the cause, spend tons of money on supplements, and other holistic remedies but only find temporary relief.

Triggers Are An Opportunity to Learn (or not)

I also knew that certain people would trigger a feeling of tightness and fullness in my belly and that when I stopped associating with them it would go away. Food did trigger it too, but I think it was because I had it in my mind that it would. I feel I needed to blame food because it was easier than working on the deeper emotional stuff. And at some point you just get use to it and resolve to love yourself anyway bloated belly and all.

But when my mom moving in in October, it became obvious that she was the trigger, the original trigger maker.

When she would try and coddle me, it would happen. Doing hypnosis about this, I discovered that when I was in kindergarten, I had a confusing day and wanted emotional support form mom, none was given, only coddling, “my poor baby, etc.” I think that must have frightened me because as a 5 year old you want your parents to protect and defend, not turn you into a victim. My mom did what she could for someone married to an alcoholic and raising three kids 18 months apart in a very barren Suburb of Dallas. She is a Connecticut transplant.

I think my fear and confusion was swallowed and stayed in my belly. I released this in hypnosis and since then I have not had this bloating experience…now if I drank a six back of beer, or overate carbs I’m sure that would happen.

I have witnessed hypnosis clients of mine release 5-10 pounds of physical weight by releasing the emotional weight in a few days.

Hopefully, this article is a wake up call to how many people are going through the same and need motivational reinforcement through positive hypnosis to truly lose some weight.  Emotional weight, which equates to physical weight.  Call now for a consultation and find out more 972-974-2094. Or schedule online. 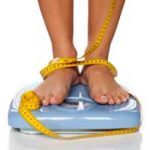